Today we are going to show you some great ideas for how to make three different Happy Winter cards using the same slimline base setup. These are a great example of how just changing up your decorative elements can change the whole vibe of a card. Let’s dive in!

Our designer Jamie said she was initially inspired to use the Mr & Mrs. Gingerbread Die because while they sure are cute for Christmas, they can be used plenty of other times during the year because they are so adorable! And who doesn’t love a cookie any time?

She trimmed the hands and feet from the patterned piece to make Mrs. Gingerbread’s oh-so-trendy jumpsuit and jazzed that up with pink rhinestone
heart buttons.

To make the base that she then ended up using for all three cards because it’s just so pretty with a winter feel, she cut white card stock with the Nested Banner Stitch die and the Slimline OPC Diagonal die and a Nested Oval Small Stitch shape from light blue. She added the slimline diagonal layer over lavender, added that to patterned paper with some foam tape and then added the whole assembly onto a grey slimline card base. We just love all the soft layering!

For each of the three cards, she also added some snowflakes cut from white glitter paper using the Small Snow Flake Die 5100-03D and 5100-04D. Then the sentiment also turned out to be perfect for each card so she added that in black in the center of the stitched banner and adhered it in the center of the blue oval die cut for just a touch of visual interest. To echo her shades of purple, she added some random drops of Nuvo Crystal Drops in Crushed Grape. It’s these little details that just make our designers’ projects so fun to see!

Then she just added her elements on either side of her greeting panel using dimensional adhesive for some additional depth and dimension.

Here’s the same card with two of our adorable characters from our Wintery Friends stamp and coordinating dies set. We just love the whimsical way the two friends are looking toward each other as if to say they are chiming in with the sentiment!

And here the same card with two lovely warm and most likely tasty – chocolatey? – beverages as if to toast the recipient with something comforting.

Here are the goodies from the store that Jamie used today: 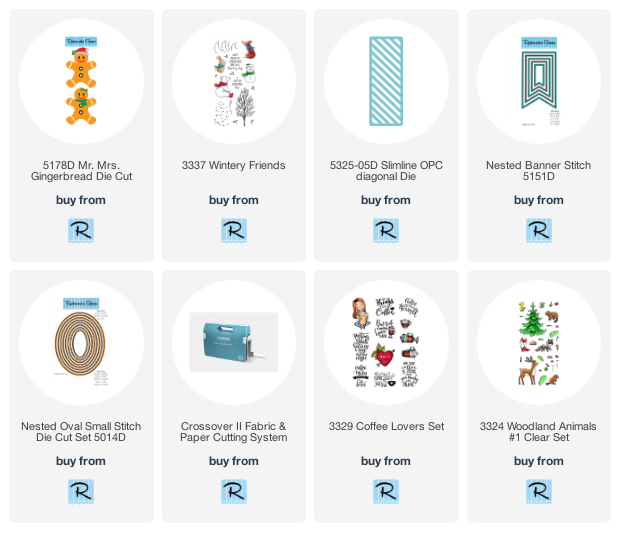 Are you sending Happy Winter cards? We have one customer who said that she never gets all her Christmas cards done so now she sends faith based cards to her religious friends for Christmas and sends Happy Winter cards right after the new year to everyone else. We think that’s a clever way to spread out the work AND the cheer. Because a Happy Winter card is perfect for plenty of months in the year!

View all posts by Jamie Martin